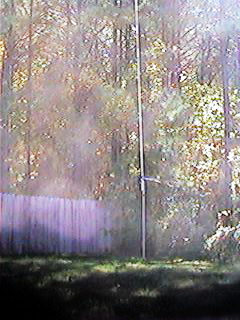 Since I wasn't using it at the old QTH, the R7000 seemed like the perfect antenna to move to the Micro-Shack. It required only one support, covered seven bands, and with a few radials seemed to work OK. A mediocre antenna seemed better than none at all.
Posted by AA4LR at 9:17 PM