Well, I can't say that I've made much of any progress since the last posting. I took a 10-day trip to Israel to visit Bethlehem, Masada, Galilee, Jericho, Jerusalem -- all the holy sites. The trip was very intensive, and after I returned home it took me about a week to recover and then catch up on all my missed work.

I did spend a little time going over my test programs trying to figure out the right way to write Cocoa code for MacOS X document-based apps with Storyboards. What I'm doing seems too complicated.

So, I've decided I need to go back and find the WWDC videos regarding using storyboards with MacOS X, and it also might be useful to view the the ones for iOS docment-based apps as well, to see if that gives me any insight.

With any luck, I'll make much more progress in March.
Posted by AA4LR at 7:00 PM No comments: 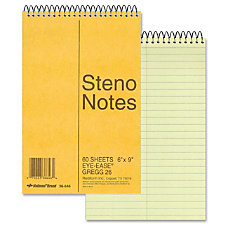 When I originally set up my station as a novice, I didn't make a lot of notes. I wrote a few things on the back-side of my logbook pages: radios I used, antennas I put up. But, for the most part, I freely made changes to my setup without a lot of documentation.

Some years later, I had a small steno-style notebook lying around, and I used it to record certain information. Like the exact color-code of the RS-232 cables I wired up for my computer. That sort of thing was handy to have written down, because it saved a lot of reverse-engineering later I went to make another cable. But that was about it.

Perhaps a dozen years ago, I read a couple of articles about James Lawson, W2PV, and how he kept copious notebooks about his station. He even solved a sticky problem during a contest, because he kept notes about his antenna installation.

After that, I started writing more things down in my little Steno notebook. Most of it was changes I made to the station -- radios or antenna modifications. Or if something big happened -- like I blew up the amplifier. I recorded a lot more details, and I put dates on everything.

But when I began to spend most of my time out in Floyd County it put my little steno notebook out of reach. I had a new station and I still wanted to keep notes. My solution was dead simple -- I created a text document using TextEdit. I called it Floyd County Station Log.

The bottom of this document has a list of projects to be worked on. Silly now, since I'm no longer at that QTH: 6m antenna, K9AY controller, 20m and 30m traps for the dipole, tribander-Moxon  times 3 (now that's an interesting project I'll need to write about some day!), remote antenna switch, etc.

This method worked so well, in May 2015, I adopted it for my main station log. Not only did I make new entries, but I also entered all the data from the steno notebook. Plus, I went back through all of my contest comment submissions and recorded all the changes I had made to the station from November 1994 to date.

Today the Gwinnett County Station Log is a reasonably complete record of all the things I've done with the station for the last 22+ years. It has six pages of project notes at the end. Lots of stuff to work on! And, yes, I also have a smaller document for the Walton County Station Log.

I guess my point is that having a station notebook is extremely valuable. It doesn't matter if you use a small steno notebook, a spiral-bound notebook, a composition book with graph paper, a loose-leaf notebook, or a computer document. The important thing is to find a style that works for you to keep notes. After a while, there's just too much to try to remember. So keep good notes.